Who Were the People of Ancient Vilabouly? Exploring Origins and Relationships though the Study of Ge 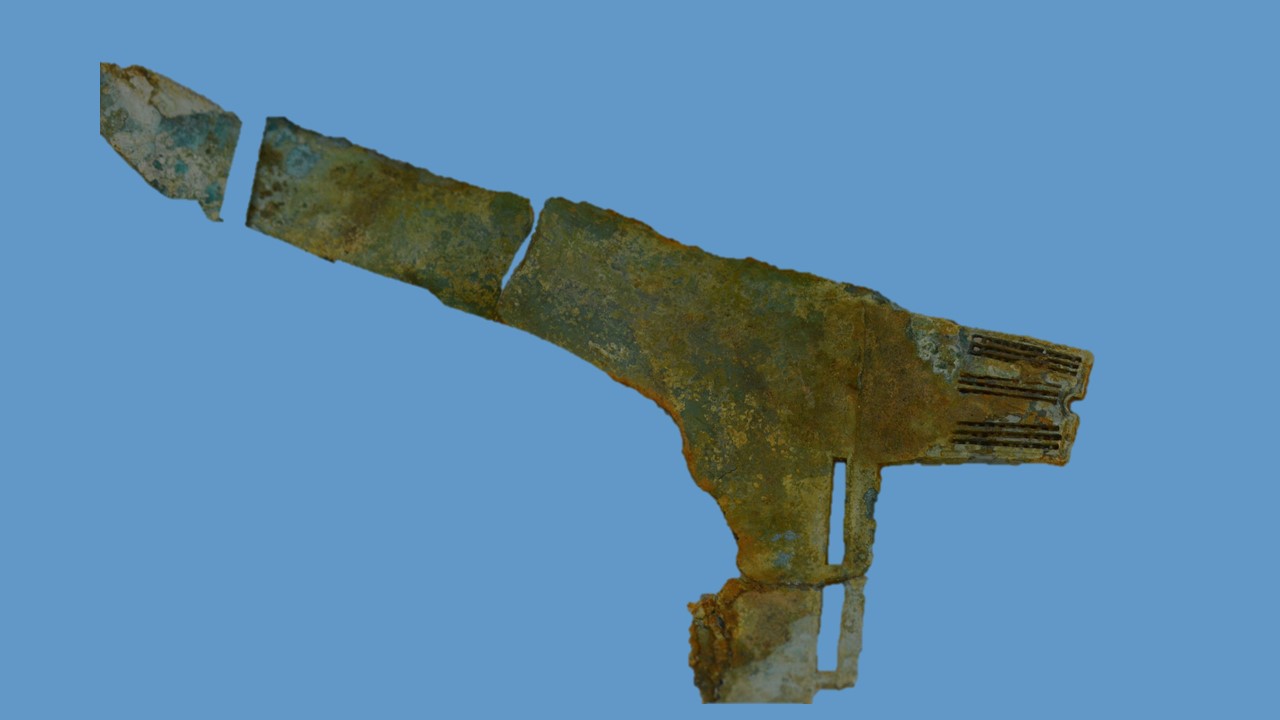 Several bronze Ge (dagger-axes) have been recovered from a prehistoric copper mining complex in the mountains of Vilabouly in Laos. Current dating methods indicate these artefacts were buried as grave goods prior to 300 BCE, coinciding with the bronze to iron technological transition in the region. The Ge from controlled excavations were found within mortuary contexts, and without accompanying Iron Age artefacts. These sites are new to the archaeological record and, to date, limited investigation has been undertaken on Ge in this region and Southeast Asia in general. The research questions addressed are:

Having identified a significant gap in the literature surrounding previous Ge studies, this research constructed a typology of Ge across East and Southeast Asia to address the absence of a comprehensive classification. The typology identifies seven type categories of Ge, four of which are culture/region specific, and one demonstrating a particularly wide distribution across space and time. This thesis argues that the Vilabouly Ge are consistent with Type VI – Vietnamese Ge as defined by this research project. It is noted, however, that this typology was developed from a relatively small sample of images, museum and archaeological records. Whilst not a complete record of this artefact, it provides an excellent foundation for future research.

The typological data are then considered in relation to three different perspectives on social structures: heterarchy, transegalitarianism and anarchy theory. This paper explores the possibility that the Vilabouly mining complex was an anarchic society, interacting with the state to avoid absorption. This insight allows us to reconsider the role of the mountainous region of Laos within early Iron Age Southeast Asia. At this time, both the archaeological and social investigations of this complex of sites would benefit significantly from metallurgic analyses.

Livingston, C.
Who Were the People of Ancient Vilabouly? Exploring Origins and Relationships though the Study of Ge
June 2015
80
S130
Thesis Abstracts
Download
You must be a member to download the attachment ( Login / Sign up )