What You Lookin’ At?: An Archaeological Analysis of Graffiti and Inscription at Fremantle Prison 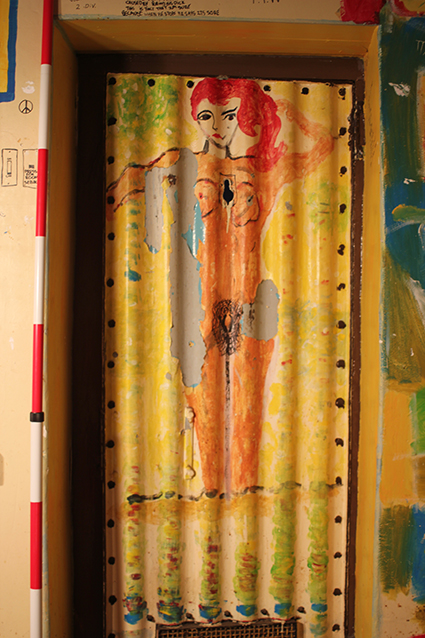 Subversion of the authoritative gaze (image courtesy of B’geella Romano).

BA(Hons), Department of Social Sciences, The University of Western, January 2015

Archaeological analysis of graffiti and inscription at Fremantle Prison investigates the relationship between space and people following previous studies of places of confinement. Graffiti offer testament to prisons being about people, furthermore, graffiti, as an indicator of the inmate experience, is a contributing element to the significance of Fremantle Prison as a UNESCO World Heritage site. This dissertation presents the process of academic research and fieldwork that has informed investigation of how inmates experienced and negotiated confinement at Fremantle Prison through the lens of an archaeological analysis of their graffiti and inscriptions. An archaeological analysis of inscription at Fremantle Prison approaches graffiti and other marks as artefacts to be mapped, categorised, dated and contextualised, using a hybrid of rock art and historical archaeology methodologies. It addresses how graffiti was used by prisoners as a means for expression and messaging and how this reflects inmate coping strategies. Results determined that there is a relationship between graffiti typology and spatial positioning of graffiti within the cells and yards that indicate prisoners constructed and utilised public and private space within the prison to re-map space as a means for coping with the strictures of institutional life. Employing an archaeological perspective allows graffiti to be read as ‘text as material culture’ and as primary evidence of inmates’ experience and negotiation of confinement.

Romano, B.
What You Lookin’ At?: An Archaeological Analysis of Graffiti and Inscription at Fremantle Prison
June 2015
80
S133
Thesis Abstracts
Download
You must be a member to download the attachment ( Login / Sign up )