Gimme Shelter: Archaeology and the Social History of Structural Defence in Adelaide, 1941–1943 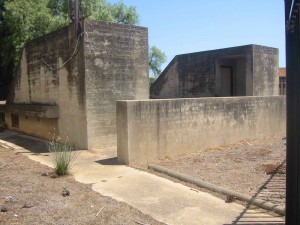 This thesis concerns itself with the archaeological interpretation of the civilian structural response to an anticipated Japanese aerial bombardment of Adelaide in South Australia (SA) during World War II (WWII). The underlying premise of this research is that civilian air raid shelters reflect aspects of our past society that other forms of material culture do not.

Analysis incorporates archival research, archaeological fieldwork, the testimony of eyewitnesses and contemporary early twentieth century psychological research into the effects of aerial bombardment in order to help understand 547 Adelaide metropolitan and 39 SA country air raid shelters. It provides a typology for the range of responses, identifies the social contingencies attributable to each type, and tests the depth of social data stored in these structures. This thesis also introduces the notion of the ‘psychology of fabric’ as an additional cultural attribute of material remains that were purposely developed and positioned in the landscape to elicit a behavioural change in a fearful community awaiting a catastrophe.

Across Adelaide, air raid shelters were built by people from diverse backgrounds and with varied economic means. The largest, most expensive and best fortified, however, were not owned by the wealthiest people in society, but instead by those with ties to the food and construction industries. Those employed in the building/construction industries tended to over-engineer the structural components of their shelters, greatly enhancing their personal protection. Men with previous military experience favoured a particular type of shelter and, whilst some single women dug trenches for themselves, they took little part in constructing other shelter types beyond making the initial decision to install one. Analysis showed that 89.3% of domestic shelters that could be properly characterised had overhead protection and that the local Code for Shelter Construction was, for the main, observed. This, to some extent, vindicates government policy which encouraged people to make their way home during an air raid under the assumption that they could procure better protection for themselves than could be provided for them in the public arena.

The phenomenon of shelter building was a short-lived event, and largely occurred in Adelaide over an eighteen month period beginning on 7 December 1941. This thesis, therefore, is also an archaeology of social recency. It deals with a very concise time period during a significant world event. As such, it precisely maps social trends and patterning in the cultural landscape of an Australian wartime community. It is an archaeology of real and identifiable people who are largely unrepresented in official documentation, but who made decisions about their own protection and invested considerable time, energy and physical resources in doing the best they possibly could for themselves, their families and their neighbours.

Wimmer, M.
Gimme Shelter: Archaeology and the Social History of Structural Defence in Adelaide, 1941–1943
December 214
79
Thesis Abstracts
You must be a member to download the attachment ( Login / Sign up )