Socioeconomic Status in Nineteenth Century Diet at the Rocks, Sydney, Australia: The Effects of Government Regulation and Institutionalisation 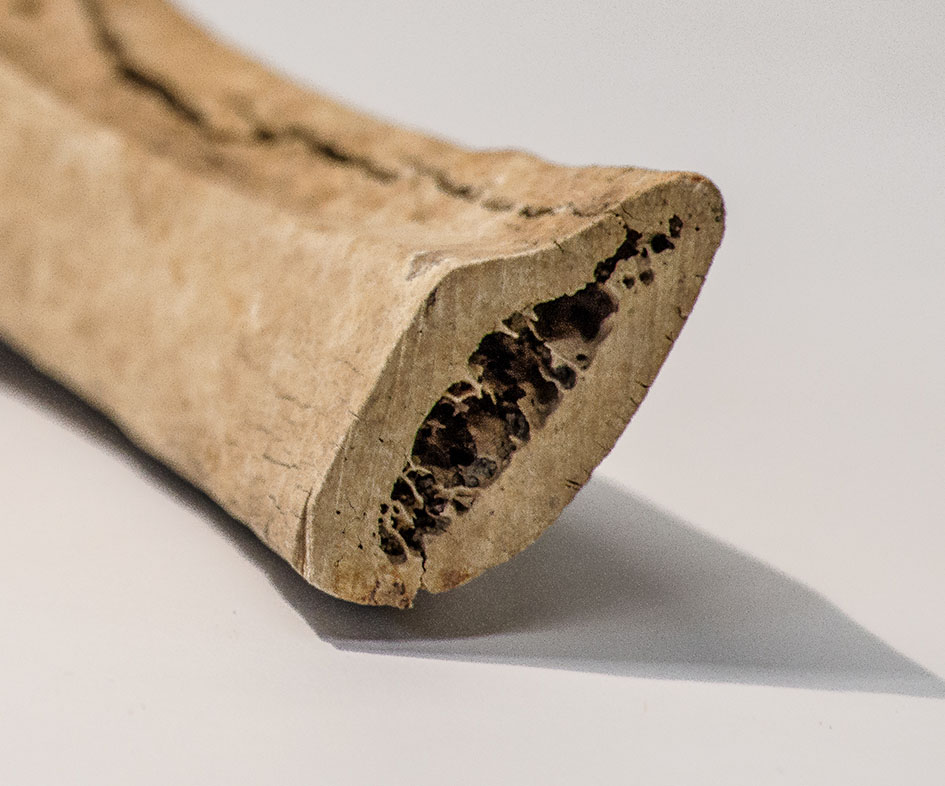 An example of a saw mark on a Bos taurus rib bone (image courtesy of Annabelle Brealey).

BA(Hons), School of Social Science, The University of Queensland, October 2014

Between 2010 and 2013, excavations by the Sydney Harbour Foreshore Authority at 188 Cumberland Street, The Rocks, recovered faunal material dating from 1810 through to the early twentieth century. In 1810, 188 Cumberland Street was the site of one of Australia’s first watch-houses, before being converted to a purely residential household in the mid-nineteenth century. The thesis aims to determine if socioeconomic status is discernable in the dietary and processing practices exhibited at this site. In accordance with zooarchaeological literature surrounding the topic of socioeconomics, social and economic status have been addressed separately. Through quantification, analysis and comparison of the watch-house assemblage to the residential assemblage, it was determined that very little variation occurred within the data and that economic status is not visible in the dietary and processing practices exhibited at the site. These data trends and observations have been attributed to multiple causes. The most significant of those causes is the equalising effect of government regulations on diet. The Rocks was an institutionalised society in the early nineteenth century and therefore food was controlled by the authorities. However, the similarities to dietary practices exhibited later in time at the site by middle class families suggest a high quality of government standards in subsistence in 1810.

Brealey, A.
Socioeconomic Status in Nineteenth Century Diet at the Rocks, Sydney, Australia: The Effects of Government Regulation and Institutionalisation
June 2015
80
S128
Thesis Abstracts
Download
You must be a member to download the attachment ( Login / Sign up )